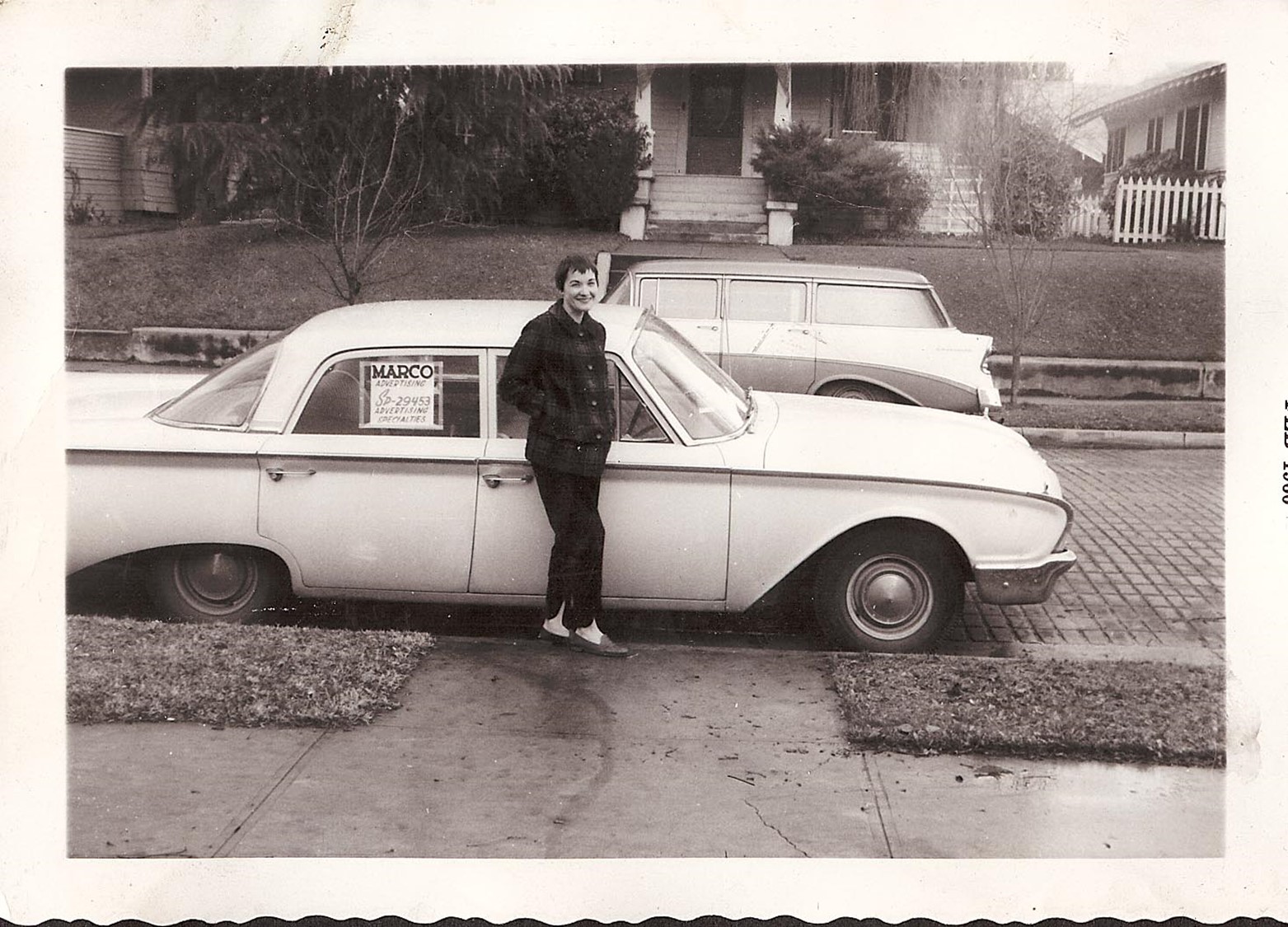 Margo Ford with her MARCO car in 1959

Newly divorced, with little child support, I needed to earn money to take care of myself and two young kids, ages 1 and 3, but how?  It was 1959.  Women were making inroads as nurses, secretaries, and teachers… but not much beyond that.

My former affiliation with Welcome Wagon (greeting newcomers with a basket of gifts, sponsored by local businesses) taught me the value of an imprinted product (and the benefit to that business). “Maybe I can work in sales of those products,” I thought.  So, I applied to a national company in Minnesota for a sales position.

“We don’t hire women for outside sales,” I was told… “They just don’t work out!”

With more passion and grit than most, I set out to prove him wrong and started my own firm.  I called it “MARCO” and started working from my dining room table.  I began acquiring lines and relationships with firms manufacturing the products which could be imprinted with an advertising message.  It wasn’t easy to locate them -- I remember scouring the ‘yellow pages’ for products in Portland and San Francisco.  With the bias against women as business owners, I used my initials (M.C.) expecting that suppliers would believe I was male when applying for credit, or a relationship with a new manufacturing company. 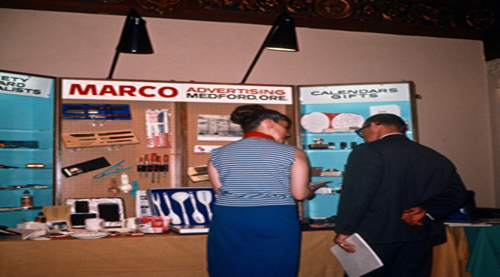 I learned there was a yearly trade show in Chicago, open only to existing customers of firms making products, and convinced an Iowa pencil company that I could (and did) sell their products and I wanted to go to this tradeshow!

Out of hundreds of Show attendees, only one other woman was there as a ‘buyer’!  (We became friends, of course.)  MARCO was launched!

With more courage than expertise, I set about working with lumber producers throughout Oregon and Northern California.  I developed a plan to reduce the number of lost time injuries through the effective use of promotional products which could be used as recognition awards for worker safety.  They worked… so well, in fact, that I got a reputation for making sense, and saving them money (!) even though I was just a “woman”!

The day came when the invoices for considerably large orders started coming in, and I didn’t have available money to pay for them.  Ouch!

Back in 1959, women didn’t run businesses, and certainly didn’t start them!  A woman could not even have a gasoline credit card in her own name… only her husband’s!

Armed with my financial data, and copies of purchase orders from major, national companies, I marched into a local branch of U. S. Bank, and asked if I might have a small loan…  say, $500?  Well, yes, I got the loan, but I had to have a co-signer!

Margo Ford and the PPAI Chairman Reception in 2003

I was intrigued by what promotional products could actually do: build a business, recognize worthy causes and people, and create brand awareness.  (I still am!)  The reason?  Because an imprinted product, with an advertising message, doesn’t shout and isn’t intrusive like other media.  Instead, it just repeats and repeats the message you want to want to be heard.  All of this with the lowest possible “cost per impression” as the agency types say. 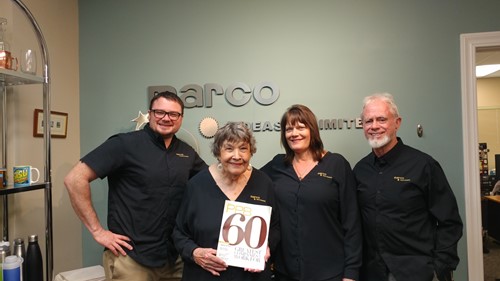 It also pleases me, immensely, that my daughter, Nancy Gudekunst, M.A.S., is President of the firm, and my grandson, Tom Gudekunst, C.A.S., is the sales manager.  They are kind, caring, and intelligent people who know how to help, as are the account executives working with the firm.

Yup, I’m very proud and happy, and wish I could do it all over again!  Vote for MARCO… the company that can handle it!

Margaret Custer Ford, M.A.S., was the 2nd woman in the U.S. to obtain her CAS (Certified Advertising Specialist) designation after attending special courses in Cleveland.  Later she received the Master Advertising Specialist through additional education at the University of Wisconsin, and in Kansas City.

She was named "Person of the Year" by the Advertising Specialty Institute in Philadelphia in 1984.  Ten years later she was inducted into International Hall of Fame by PPAI (Promotional Products Association International, in Dallas, TX.

Information, data and designs from this website may not be copied, archived, mined, stored, captured, harvested or used in any way except in connection with use of the site in the ordinary course for its intended purpose.